Any Federal Transportation Bill Must Include Funding for MTA and Mass Transit; Coalition Urges Parties to Go Back to Negotiating Table and Deliver Relief for the Country

Metro-North Railroad President Catherine Rinaldi, Assemblywoman Amy Paulin and Bronxville Mayor Mary Marvin joined labor leaders and advocates today to demand that any federal emergency funding bill cover all transportation sectors, not just one, and to urgently call on the United States Congress and White House to authorize $12 billion in desperately needed COVID-19-related relief for the MTA to avert draconian railroad service reductions of up to 50%, fare increases, layoffs and the gutting the MTA’s historic capital plan. The coalition also insisted the bill include at least $32 billion in total emergency aid for public transportation across the country, which is critical to the nation’s economic recovery.

Because of the once-in-a-hundred-year COVID-19 pandemic, the MTA’s 2020-2024 Capital Plan is already on hold – a direct hit to Metro-North and MTA customers, employees, suppliers and the region as a whole. The Authority’s capital expenditures generate nearly $50 billion in infrastructure investments and more than 100,000 jobs nationwide – making it one of the nation’s largest drivers of economic activity. Without needed federal funding, the MTA could be forced to severely scale back the historic $51.5 billion capital construction plan desperately needed to modernize the railroad and expand the New Haven Line to Penn Station via four new stations in the Bronx.

Since the start of the COVID-19 pandemic in New York in March, Metro-North Railroad has played a critical role in helping riders get to their location safely, ensuring doctors, nurses and so many other essential employees get to their jobs on the front lines. While customers have been returning to the system as the region has reopened, ridership on Metro-North is still no more than a quarter of pre-pandemic levels. Currently, Metro-North is operating at 63% of its pre-pandemic schedule.

“As we stand alongside our fierce advocates and community leaders in this fight for federal funding, we want the government to truly understand how critical this is for our riders and employees,” said Catherine Rinaldi, President of MTA Metro-North Railroad. “For months we have been calling on the federal government because the magnitude of the COVID-19 financial crisis only gets worse every day. We can only begin the imagine the long-lasting impacts potential service cuts could have on our region and that’s why we look to leaders in both red and blue states and urge them to come together to save transit.”

“Public transportation is our lifeline,” said Assemblywoman Amy Paulin. “New York wouldn’t be New York without it. Residents in Westchester County and right here in Bronxville depend on the Metro-North Railroad every single day. Until we have a vaccine, ridership and revenue are diminished and we cannot let our residents suffer as a result. Please federal government, keep us riding, don’t just sit and watch the closing doors.”

Mayor Mary Marvin said, “Reliable train service is critically important for Bronxville residents, and for our entire region. In this time of economic recovery, it is more important than ever that people can get back into New York City to work, go to school, and visit the many cultural institutions that make our area special. This is impossible without an investment in transit. We must get federal funding to prevent these catastrophic service cuts, and make sure New York remains one of the greatest cities in the world.”

Scarsdale Mayor Marc Samwick said, “Part of what makes Scarsdale such a wonderful community is quick and reliable train service to New York City. Our residents and businesses depend on it. If federal funding does not come through to save the MTA, it could take decades to repair the damage to our suburbs and the downstate region as a whole.”

Randy Glucksman, MTA Board member and Chair of the Metro-North Commuter Council said, “The MTA desperately needs federal funding so it can continue to serve riders. Without $12 billion, we’re facing a doomsday scenario of service cuts, fare hikes and layoffs. We won’t see the new train cars, station improvements, accessibility projects and signal upgrades that Metro-North Railroad needs and that riders deserve. In the worst-case scenario, West-of-Hudson service could be eliminated, stranding tens of thousands of riders. We’ll also be faced with Carmageddon as more people drive instead of taking transit. The Hudson Valley’s economy – and recovery – will suffer. It’s that simple. Metro-North continued to run during the height of the pandemic, getting front line and essential workers where they needed to go, and now the Railroad needs a lifeline. We urge a bipartisan agreement that will provide much-needed funding for our vital transit network.”

Lisa Daglian, Executive Director of the Permanent Citizens Advisory Committee to the MTA (PCAC) said, “The MTA’s transit system drives the economy of the tri-state region and is essential to our way of life. Without an infusion of $12 billion in emergency federal funding relief, riders will be faced with deep service cuts, reduced cleaning, fare increases, layoffs, and a significant reduction in the MTA’s capital program. All of that has the potential to begin a downside into a transit death spiral from which it would take years – even decades – to come back. Supporting transit isn’t a New York issue, it’s a national issue: the metropolitan area supplies 10% of the nations’ economy. Securing additional federal funding that includes relief for transit and cities and states is crucial, or every worst-case scenario will come true and the entire region’s economy and recovery will suffer.”

“The collapse of public transit will ruin suburbs like Bronxville across the nation,” said Riders Alliance Policy and Communications Director Danny Pearlstein. “COVID didn’t destroy America’s trains and buses but federal inaction is a mortal threat. Transit riders need federal aid now. The House of Representatives has voted repeatedly to save the transit service that millions rely on and the nation’s recovery hinges on. Now the Senate and White House must take up the charge and pass a relief bill that carries the nation’s public transit systems through the next year.”

Patrick McClellan, Policy Director for the New York League of Conservation Voters said, “Metro-North Railroad serves hundreds of thousands of commuters, avoiding countless car trips and keeping the New York metropolitan area’s greenhouse gas emissions substantially lower than they otherwise would be. If we are to successfully fight climate change we need more frequent Metro-North service, not the devastating cuts that the MTA will have to make if the federal government lets us down. It’s past time for Congress and President Trump to act.” 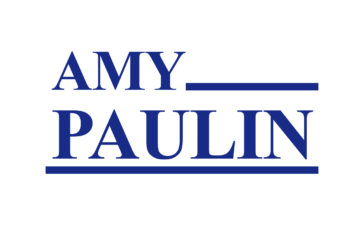